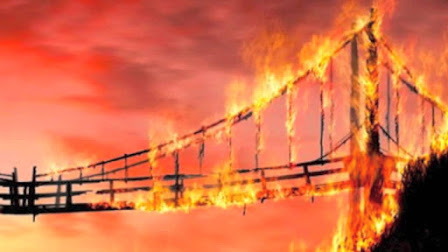 Me: I’ll blow a muthafuckin bridge up. And the flames will light the way...

I deal with more let downs than I can count on one hundred and fifty hands. Lifetimes of let downs - as a creative, as a dreamer. As person. And yes, I’ve become more and more vocal because of it. And that’s pretty damn vocal considering I was born vocal. But, because I was silenced as a child (told to “shut the fuck up” every time I used my voice to speak my mind) my voice as a woman, is well, really loud. This doesn’t mean I’m screaming at everyone. It just means I’m not afraid to be myself and speak my mind. I’ll say the things most people will only think to themselves and I have no shame. For anyone who thinks I’m inferior to them be it personal or in my career fields (also personal), my torch is lit. I am important. I am inferior to no one. And neither are you. And yes, this spawns from a recent let down.

Though, the smoke has cleared. 💅🏽

And the funny thing is, it’s been the really famous people, Oscar winners and shit, who have been the most humble and friendly toward me with regard to my work as a writer and just as a human being.

Not Influencers. Not D listers. Not people who compete with me.

MEGA SUPER STARS have been the kindest to me and I believe they got to where they are because they’re real. They’re humble. I told Charlize Theron what a phenomenal actor I think she is and she blushed. Little ol’ me made Charlize Theron blush.

Keep it real and be your own kind of super star. ⭐️