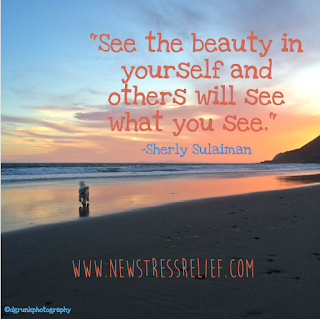 Photo and meme by Danielle Grunkemeyer.


I often wonder to myself... what does it really mean to be successful? 'Cause a Range Rover isn't going to do the WHOLE job. And whatever job it does do, it's going to involve heavy LA traffic, stop lights and me warding off impatience and anxiety in my attempt at being a better person. So, that surely isn't success. Kudos to my efforts at bettering myself, but the Range Rover just isn't the answer. Neither is the Oscar I hope to win one day... or the Emmy, or the Golden Globe, or the Grammy. Hell, I'm not picky. I'll take 'em all! And when I do, if I do, oh I hope I do... it still won't define success. It may for some, but not for me. Porque??

Because nothing's ever enough. My brutal honesty. It the "not enough" syndrome and it's probably something most of us can relate to in one way or another. This snafu complex has it's pros and cons too. You can get a lot done when enough is never enough. You can thrive on a walloping sense of motivation, ambition, or even delusion when you just don't have enough. Maybe you're broke, so you join the rat race. You become that dog that eats the other dog because you must have more. There's nothing to lose when you have nothing. So, you go out there and you get more, but then you need more after that and then some more after that. And then maybe a little more after that too, or a lot more!

But they say less is more. And this is why they say that.

For someone like myself who believes firmly in having nothing to lose because life has an expiration date, I just think there's so much we fail to keep when enough is just never enough. For starters, we fail to keep it real, and that's the greatest tragedy of them all. When we pretend to be something we're not, we're not successful. We're convinced. We're persuaded into thinking that if we don't do it this way or that way, and if we didn't do this, this, and that, then we didn't do right. Thus, we did it wrong. Cue that horrid sense of failure and then that shitty infinite fear of more failure.

Now we fail to keep our thoughts in check, our dreams in motion, our sanity, and our confidence while we twirl in a vicious circle not called life. It's called confusion.

The not enough syndrome also has several side effects, confusion being the most customary as well as anxiety and stress. Hernias and strokes are the more serious side effects. It' a catch-22, this little thing called wanting more and then getting it. But it's not SUCCESS.

You'll have a rewarding relationship with your self and that in itself crowns your interconnection with others. You'll have a successful life doing what you enjoy doing because you know what makes you happy and you have the courage to go out there and do it, even if it is just for a moment of the day.

"Every passing moment is another chance to turn it all around."

Success isn't accompanied by a measuring tape. You don't have to reach great heights. You just have to reach that place where you say, "I am who I am and that's enough." You don't need a Range Rover to do that. You need a realization or two or two hundred because knowing who you are is a journey of it's own. It's a path that takes you to the core of everything that happens to you in this human experience. You get to your core and you don't get there in a Porsche, you get there simply by being here. Present and totally at peace. That's success.

Victory, on the other hand, is to know you still have so much more to learn about yourself, and you keep learning and you keep smiling too, because knowing yourself better is exciting.