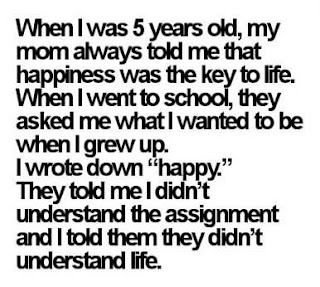 Learn to nurture the new seeds of your well being.

As I delightfully savor those sweet words of wisdom chanted in my morning meditation today, I take a deep breath in...hold, and release. My body relaxes like it's never relaxed before. I feel different. Am I different?

For the past two years, I've awakened to the early morning with a new habit awaiting my enthusiastic attention. Her name is Meditation. She's beautiful. We're in a passionate relationship with each other. When we break up, it's as though I'm completely lost. I'm confused. I'm tired. Angry. Bitter. My life gets the best of me. The corruption takes hold, takes advantage, and I'm trapped in threatening places I had once escaped. I pray in these dark places, after I scream. Then I meditate and we're together again.

And when we stay together...life is good, even when it's not.

Needless to say, my early bird tendency to lean on God stays pretty consistent, thank God. Redundant as that is. I guess I could say that I'm in a committed relationship with the divine - the most baffling of them all, and I've been baffled by many. God still has them all beat! He definitely moves in mysterious ways. I feel like God and I are able to communicate most effectively while I'm in deep meditation. I'm not sure what God is doing, but I assume he's listening in some way or another. This avert daily habit of mine, or what I like to think of as a redeeming break-of-day routine, is already two years old, and fortunately in meditation there is no such thing as the Terrible Two's. Meditation just gets better and better as I get older.

And though we're now in a two year long relationship, all these prayers and this subtle silence will forever be new to me. It's all the noise and all those obnoxious egos that get so damn old. Mine included. My ego is probably bigger than most, being an overly sensitive, intelligent, control freak artist and perfectionist and all. I need meditation like I need air.

And I believe in the new. I attest its strangeness and its holiness, as I too am pretty strange and holy. I rely on the new and all her beginnings, beginnings that will inevitably lead me to all their anomalous endings. Then those endings will all be new beginnings, and so on and so on. They call this the circle of life. Or was that Elton John?

Thanks to Johnny Carson, I just call it WEIRD WACKY STUFF .

But honestly, it really is the only thing that truly lasts forever: The new. The untried. The untouched.

Love has yet to be fully identified (by me), nor completely defined (by me), so I'm not sure what it's durability is set at - long term, short term. Fleeting. Vanishing. Lol. I dunno. I would prefer to think that something as marvelous as love does in fact last forever. I mean, isn't that what they say. They say it all the time.  Love is the answer. They definitely say that a lot.

I LOVE this Lily Tomlin quote:  "If love is the answer, can you please rephrase the question?"

LOL. Would they do that? I'm starting to wonder if they are all a bunch of delusional liars who just want to make love, not war. But who doesn't? We all like making love, but LOVE IS A WAR... so make love while at war. Do they ever say that? I'm getting sassy. It's only because I think LOVE should be much more prevalent in this twisted world. It's not just a bumper sticker you know, it's a sacred, monumental shift and a transformation in the human mind and spirit. It's a revolution and a revelation. It's not just a tweet. It's a CHANGE. Love is not as difficult as we make it out to be. Yet, it is. It's the most difficult thing to do, and for most everyone. Even me, as hard as that is to believe. (humor me if I know you.)

Why is it difficult to love? Because we don't know its definition. Or do we?

Pat Benatar called love a battlefield. She says that we're strong, and no one can tell us we're wrong. But are we right? Is love a battle, or is that just another delusion triggered by our anger and resentment?

At this point in my funk driven life, or what I've melodically referred to as a karma driven paradise, the only thing that I think honestly lasts forever is the new. Something else. Something more. I wrote a song about it. Or was that love I wrote about? Hmmm.

Om....Once again, this is why I meditate. I have the ability to make a solid point and then confuse  myself completely in .08 seconds. Maybe I should blame it on the crazy Gemini in me? Or do I blame it on the pure insanity that inspires me to do the same thing over and over again expecting different results? I'll do both.

Much like diamonds, the unfamiliar is forever and so is the unknown. They both have the stupefying power to wrap each and every single one of us around their fingers, if they had fingers. And they make us linger. They have to make us linger, or else we'd have nothing to live for - nothing to look forward to. We might even have to enjoy our life just as it is. Fully present. Ugh.

We want what we can't have. Period. We might even have millions of dollars too, but we still want more! We ALL want MORE! And that aching sensation, that driving force will either drive us straight into the ground literally or spiritually, or it drives us directly into prayer where we pray for the strength to live in peace and to accept what is. Living in peace not only takes strength, it takes courage. And while we're down there in our black hole cultivating the courage to carry on, we might even pray for a sense of gratitude, a thankfulness that can balance all of our wants and needs, a gratefulness that can expel our wretched longing for what is no longer ours, or better yet, what never was ours to begin with.

Should I rephrase the questions?

To think on these things, as Jiddu Krishnamurti once worded, will forever be new to me. Why? 'Cause for me, and maybe even you, it's all the the old that all-too-often lasts 'till death do us part. Not the new, the old. The past.

The familiar. It's not scary when you know what to expect. Even if you do love an asshole. Things are comfortable, even when you can't breath. It's f*****, but it's true. And that my friend, is the circle of this insane and beautiful thing called life.

And so they say, or was is Einstein? We do the same thing over and over and over again expecting different results. Or maybe we don't. Maybe we like the results just the way they are, all f***** up. Does that make us insane too? Maybe. Probably. But maybe not. Maybe insanity is merely the human condition, then there's God. Regardless, we're all immune to familiarity. Thus, we repeat shit like it's going out of style. We replay old songs. We think the same old thoughts. We carry on the same old conversations like we've never carried them before. We stick to our beliefs like crazy glue. And that's just the icing on the big huge cake, a cake made with a half cup of milk, two eggs and one thousand unresolved issues. We don't move in mysterious ways, that's for sure. Not in my opinion, no matter how clever we think we are. But we do move in ways that can guide us toward our full potential and our true purpose here in the world.

Everything has a profound meaning, no matter how big or small. There is an all-powerful and divine reason for everything, and that includes that staggering feeling of hopelessness.

Even when we're confused and shot to pieces, when we have absolutely no idea what's going on in our life and "Why God? Why?" is our mantra, the real mystery, the riddle of the century and the one-and-only bona fide mind-boggling chiller actually awaits its resolution within you. Within you, there is everything you need to know.

So there's really no reason to hide, 'cause we're obvious when we do, and we're easily detected by the wise man. They do exist. Much of the world has reduced itself in a very tired and relentless effort to deceive others. And that's no closed book, it's a naked truth and a united arbitrary nuisance. We've run out of whodunits. We've done it. And if love was the answer, we would have done things a lot differently...and the world would be a better place. It would be less insane, more compassionate.

So, like I said...only God moves in mysterious ways. But you can still try! There are plenty of masks to hide behind! But don't think you're truly fooling anybody. Where ever you go...there you are.

How 'bout instead of always trying to move in the most freaky-deaky mysterious ways, we strive to move in more harmonious ways. How 'bout them apples??

How 'bout moving into silence and stillness? How 'bout surrendering too? Or hell, how 'bout just being nice for a change? If you do so dare. Some might ask themselves, why now? why bother? Why why why why why?


Because we were born to be better...better than insane.


And if it's not love...it's probably insane. But like Seal says, we're never gonna survive unless we get a little crazy, or in this case, insane. So be insane! Then meditate, if you want.


And for God's sake...open your heart.

Posted by Anne-Marie Evans at 2:34 PM